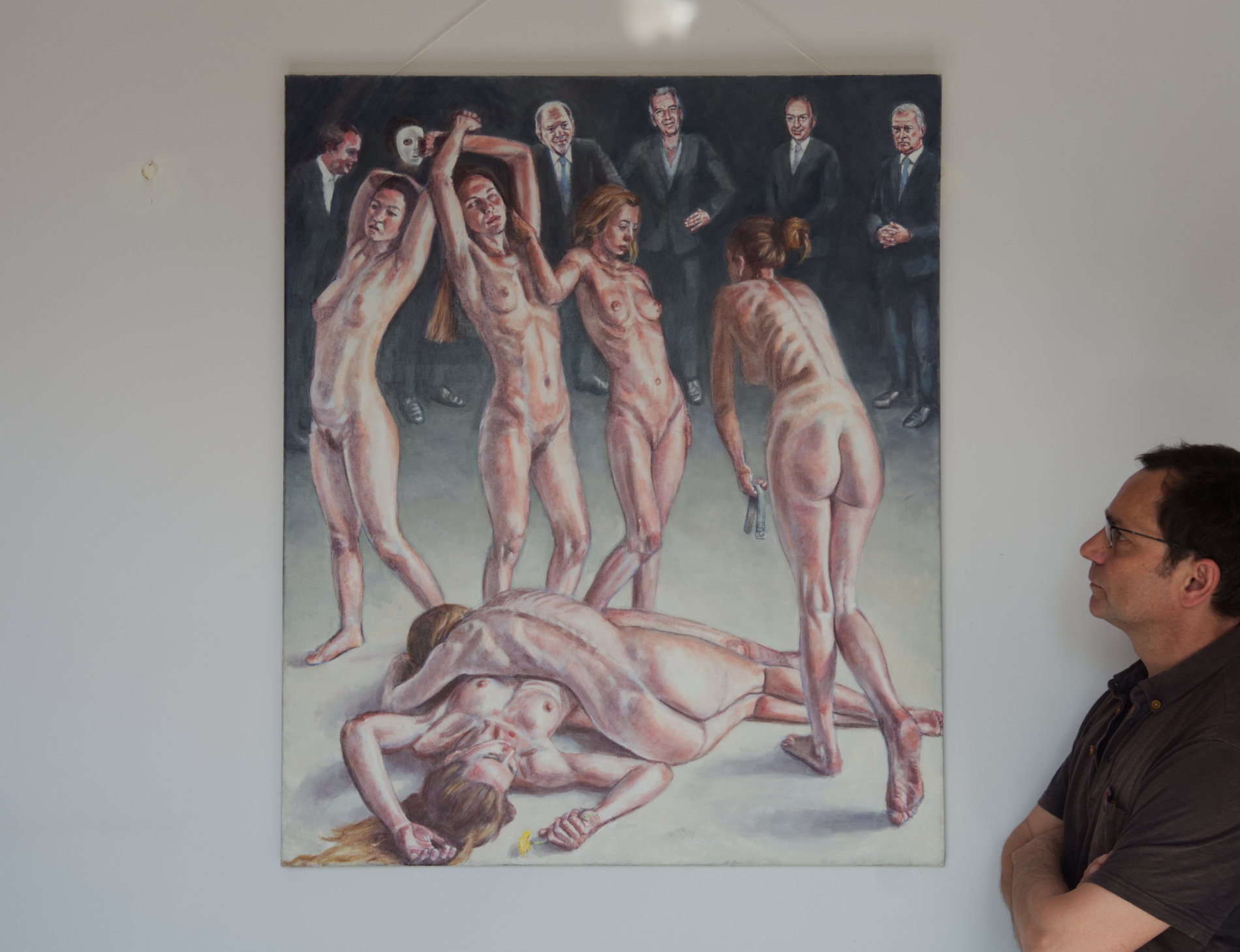 So, what could you do in four years?
I was showing my brother this painting, “Men in Suits”, explaining how it had taken four years to complete, from troubled start to tortuously slow end. And then I said “Well, what else would I have done?”
“Well, you could have completed a degree course in less time” he suggested, which got me thinking. Damn! Four years is actually quite a long time.
It took just a little longer to build the Hindenburg, but it only took two years to complete the Titanic. The First World War only lasted four years; time enough to kill 8.5 million soldiers. The Trump presidency survived four long years, and look what he managed to do.
Okay, so none of them had to contend with models cancelling at the last minute; or with four studio moves. And then there was Covid… Well, Trump dealt with Covid, sort of.
Now, I must add that I haven’t been working on this painting everyday for four whole years. Most of the time it has been turned towards the wall. But it has been painted and repainted on numerous occasions in that time. And well, yes, now I think about it, it is a long time.