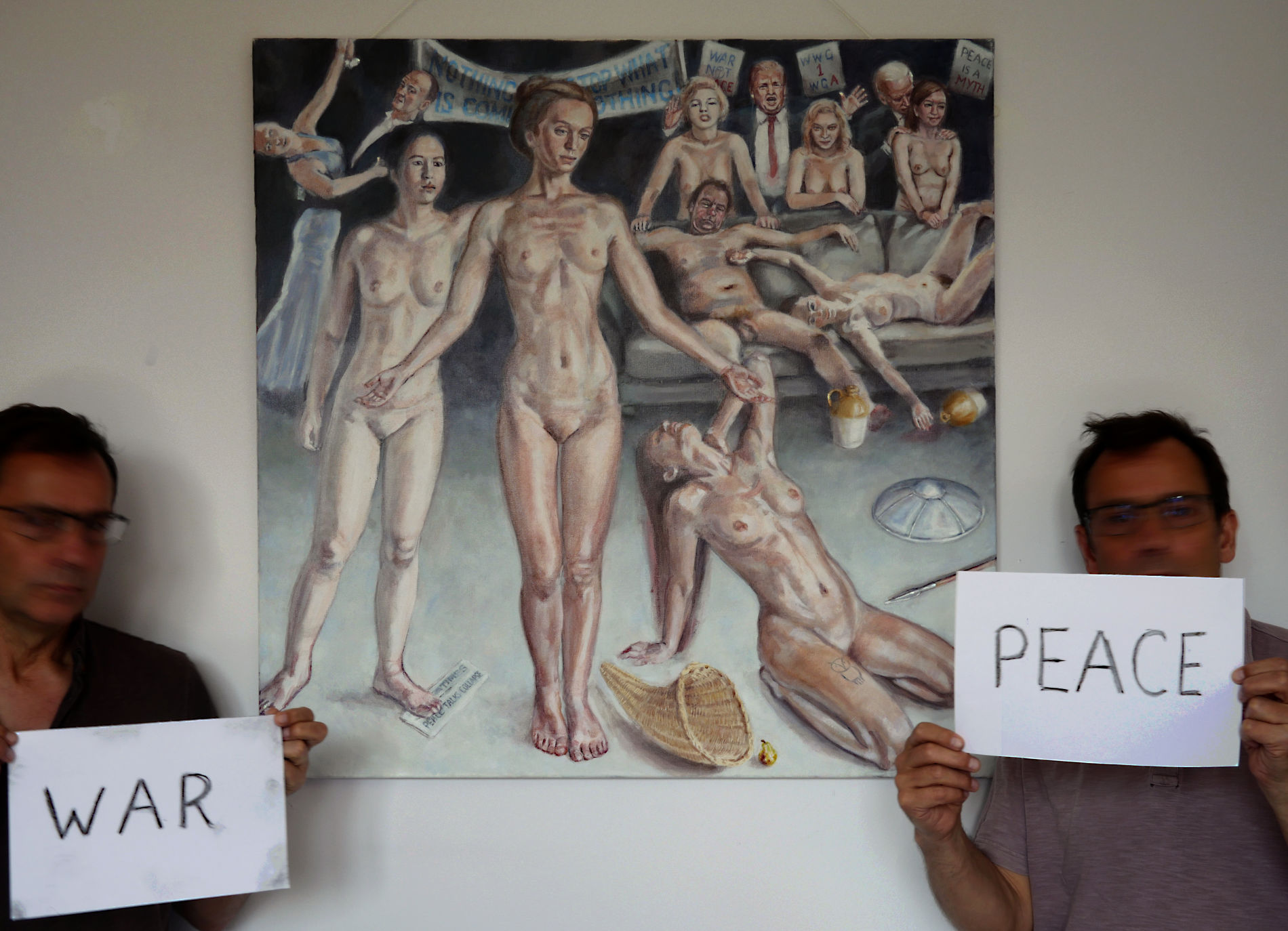 War and Peace, Alleged Assault on Pax by Mars (after Rubens)

In 1630, the artist Peter Paul Rubens presented King Charles I with the painting “Minerva Protects Pax from Mars – Peace and War”. Rubens had been sent to England as the peace envoy of Philip IV of Spain (England and Spain had been at war for five years), and his painting depicted Minerva protecting Pax from an assault by Mars, allowing the other figures in the painting to enjoy the spoils of peace. There was a clear message – peace brings prosperity. A peace treaty was signed later that year.
My own interpretation is not quite so optimistic.