I have always been interested in the relationship between the artist, the model and the viewer. The “Relationships Series” has evolved from a number of figure studies that I was working on from 2005. With this work I am attempting to explore the relationships between two figures within a composition, in both a spatial and an emotional sense, whilst also looking at the idea of nudity, as distinct from nakedness. I became fascinated with how the addition of a second figure within a composition transforms these relationships, often introducing that sense of nakedness – compelling the viewer to install a narrative, regardless of the Artist’s design; the emotional or psychological relationship between the figures almost writes itself. 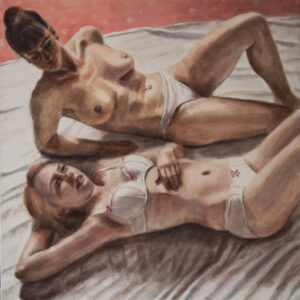 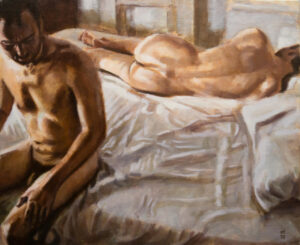 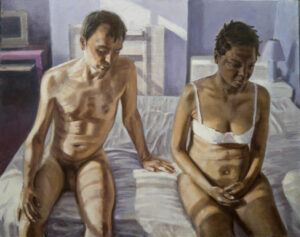 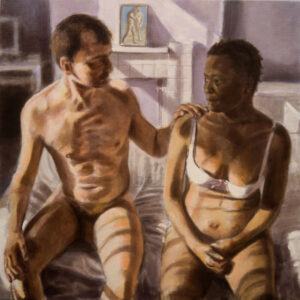 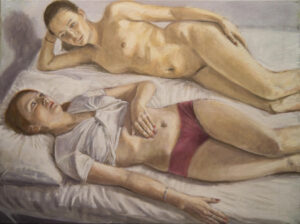 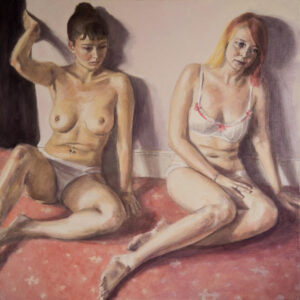 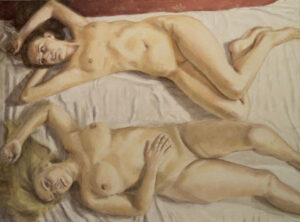 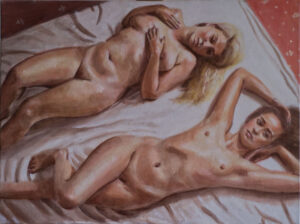