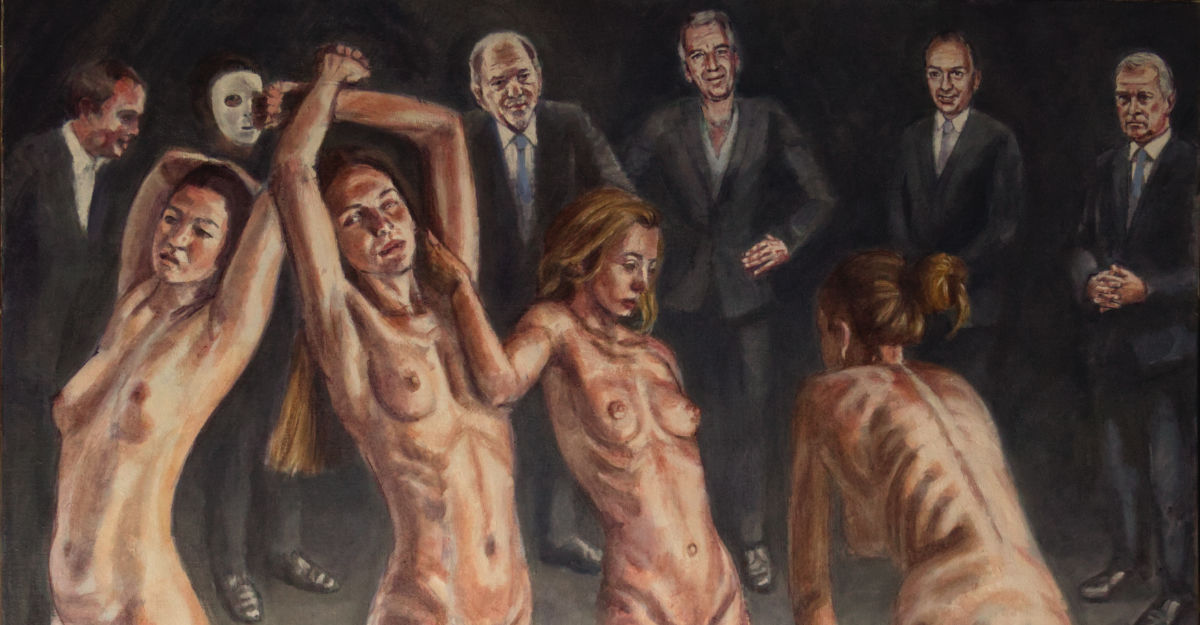 I have to thank Michael Armitage for helping me finish this painting. Well, not the man himself (I’ve never met him, and no doubt he’s never heard of me), but his masterpiece “#mydressmychoice”.

I’d been struggling with this painting for a few years – constantly repainting and changing the background. I knew what I wanted to say, but didn’t know how to say it. And then, about this time last year, while looking around the Radical Figures exhibition at the Whitechapel Gallery, I had my eureka moment. I had stumbled upon Michael Armitage’s superb painting #mydressmychoice and suddenly it seemed so obvious what I had to do.
I needed a collection of seedy, smirking, sweaty middle aged men to fill the background – all dressed in suits with patent leather shoes. So who could I choose? That was easy; you can find them everywhere: A disgraced politician; a Prince of the Realm; convicted sex offenders; and this artist, leering on the left, standing alongside someone wearing a mask, who could well be you.
Any resemblance to actual persons, living or dead, is entirely coincidental. 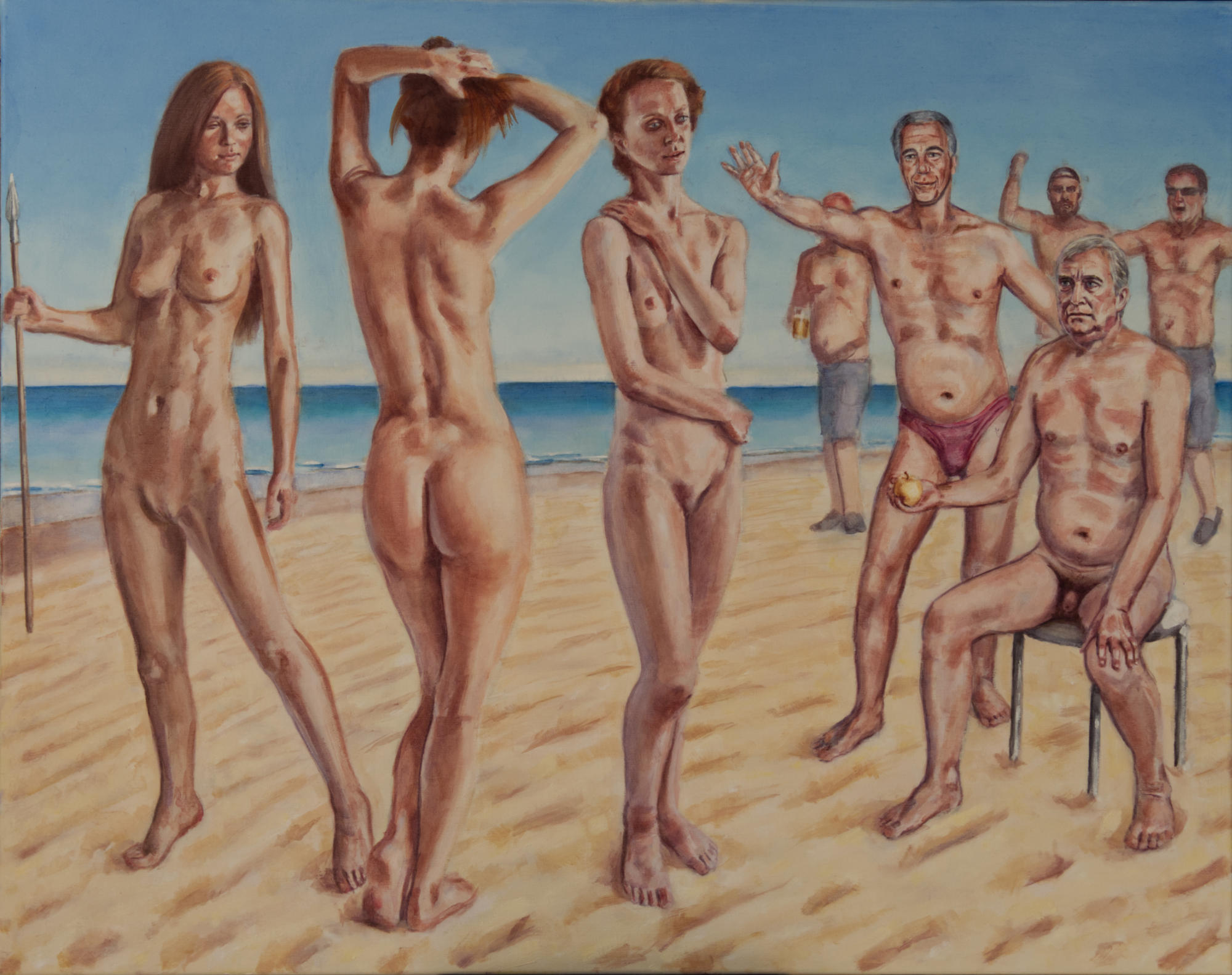 I must admit to having been, only on rare occasions, one of those men; sitting in a group, talking loudly and ogling women walking past.  I do feel a little embarrassed, and also a sense of complicity. Perhaps that’s why the male gaze has become a recurring theme in my recent work; maybe I’m seeking redemption. In my defence, I grew up when Miss World and Benny Hill were primetime family viewing.

I was particularly interested in painting something based on The Judgement of Paris, because it really  is such an anachronism in the present day, and seems to me an epitome of the male gaze. For the character of Paris, I painted a figure with more than a passing resemblance to Prince Andrew; looking somewhat disempowered in his nakedness. By his side, to replace Mercury in the original Rubens paintings, I painted someone resembling Jeffrey Epstein. Amongst other things, Mercury is the god of financial gain, eloquence, trickery, and thieves; he also serves as the guide of souls to the underworld.

Any resemblance to actual persons, living or dead, is entirely coincidental.